Warning: Invalid argument supplied for foreach() in /home/customer/www/finsburyfoods.co.uk/public_html/wp-content/themes/n4n0/header.php on line 229 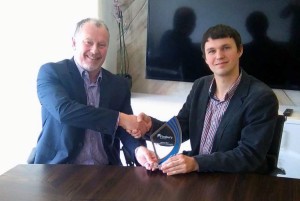 This month’s winner is Bart Osinki from our Dyfed factory. Seven of his colleagues nominated him for his hard work and dedication to the team – especially for the way he stepped up from his role as Servicer to stand in as Tech Op when the Line Tech Op was off sick. Not only did he fill the new role, he also made sure his team reached its area plan targets all week. Bart’s Shift Managers have fully endorsed his nomination – for his commitment and for being a great team player who motivates everyone.